Report from students who took the Noun virtual exam (day 1) 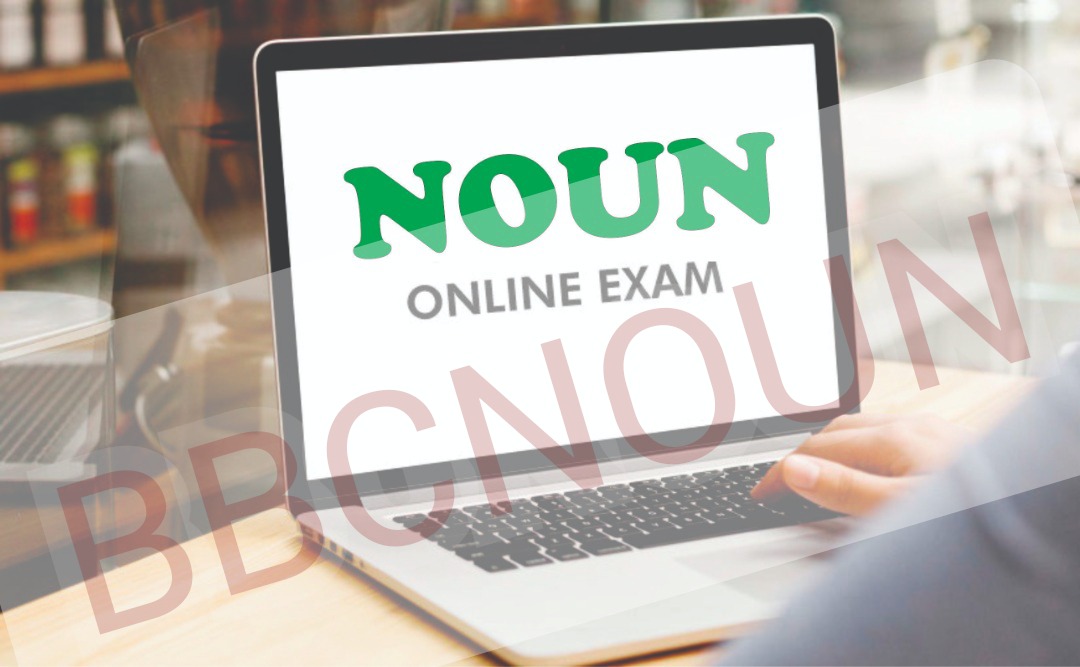 As usual, we are back with another gist, this time it’s all about the NOUN virtual exam. As we all know that the virtual exam kicked off on the 16th of June 2020, also this is the first of its kind in NOUN.

We got a report from one of the students who took part in the virtual exam conducted on day one, He complained bitterly about how frustrating the exam was, he reported that 60% of those who sat for the exam had one issue or the other, he also complained about clashes on the exam timetable, some students who were unable to take the exam, some who were able to take just one out of three exams scheduled for the same day.

He reported that just one guy confirmed he wrote the three exams scheduled for same-day, unfortunately, our reporter could only take one out of his two papers scheduled for the day.

The only positive response we got from our reporter was the repetition of past questions and also the absence of questions involving calculations, as all questions were theory-based.

I will suggest that the undergraduate students should consider not taking the virtual exams. So many issues. I had 2 exams today I was only able to write 1. So many people are complaining about the same issue. Yet no response from DEA. 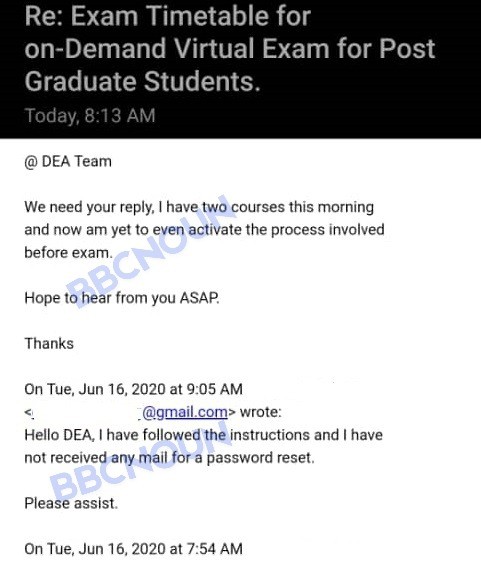 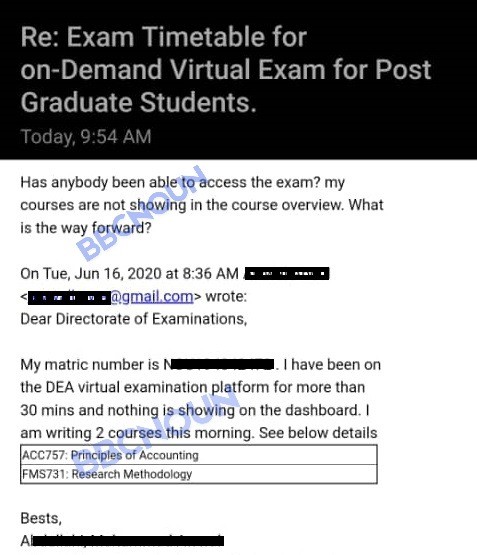 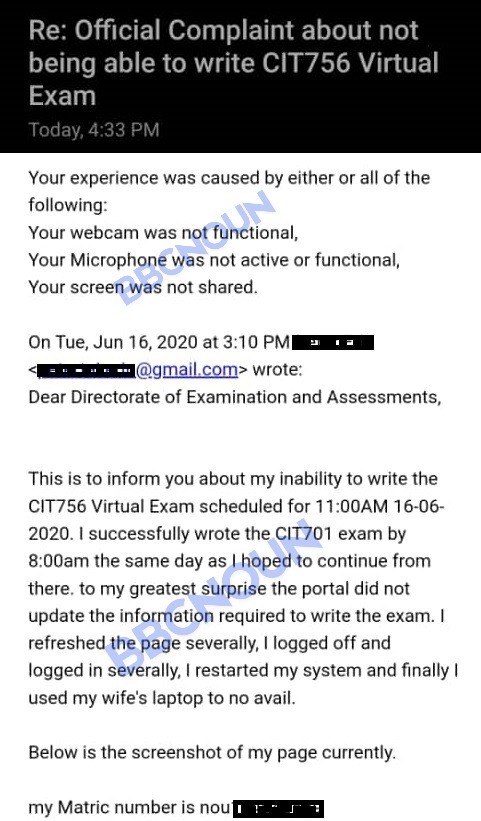 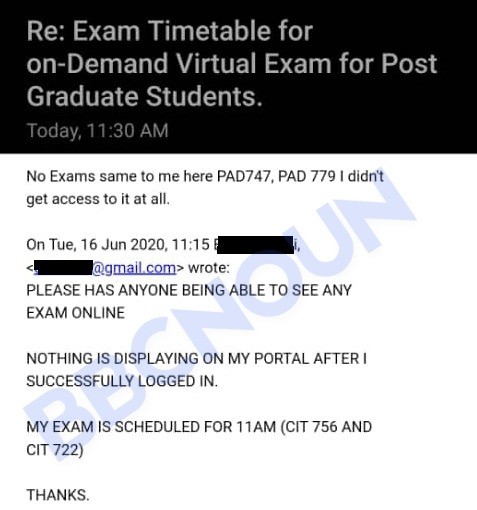 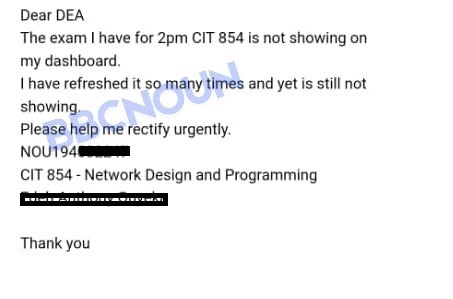 Those are some of the complaints we got, now kindly listen to the call conversation had with the reporter below:

We hope to receive a positive report on day two, we will keep you updated, do have a nice day!

Report from students who took the Noun virtual exam (day 2)

Is it a must I take this exam….