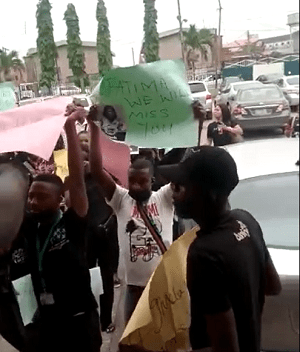 Following the tragic incident, which happened a few weeks ago, resulting in the death of a NOUN student named Fatimah, students have taken to social media once more to showcase their grievances.

Reports getting to us this afternoon confirmed some Victoria Island students had commenced a physical, but peaceful protest at the study centre located in Lagos.

Watch the video below: