According to a statement signed by the Public Relations Officer, Dr Chuks Enwerem, the forum held a meeting on December 3, 2020, to discuss modalities for getting its share of the Earned Academic Allowance (EAA) released by the Federal Government to ASUU.

The forum later had a second meeting on February 2, 2021, at the Convocation Arena, NOUN Headquarters, Jabi, Abuja.

Chairman of the forum, Professor Abubakar Suleiman, briefed members on the progress made towards getting a staff of the university to be included in the payment loop. He said that after extensive deliberations with ASUU officials in the North Central, coupled with other available information, they were convinced that it would be very difficult for NOUN academics to get their entitlement by going it alone without the national body.

Members of the forum generally resolved to join the national body without further delay. They consequently mandated the executive committee to follow up on the membership process.

SEQUEL to the opening of NOUN study centre in Asaga-Ohafia, Abia State, at the weekend, the President-General of Asaga Ohafia Development Union (ADU), Chief Iheanacho Ukaha, has assured NOUN that the community would strive to upgrade the facilities in the centre, to make the centre an epitome of educational reference.

He told The Guardian that his community built the centre to expand access to higher education in the area through the Open and Distance Learning (ODL) programme and thus cushion the tertiary educational constraints and challenges of the area.

“The study centre was built by ADU and gifted to NOUN,” he said, stressing that the ODL programme had benefitted many Nigerians.

“It is our hope that the establishment of NOUN in Asaga-Ohafia, the only one in Abia State outside the state capital, will positively impact on the lives of the members of our community.”

NOUN Vice-Chancellor, Prof. Abdalla Adamu, who was represented by Deputy VC (Academics), Professor Uduma Oji Uduma, at the commissioning, said that the Asaga Ohafia study centre would complement the existing centre in Umuahia and cushion the tertiary educational constraints in Ohafia and environs.

He consequently urged politicians to consider making provision of education opportunities to their communities as a top priority.

In this regard, he canvassed that politicians should channel their constituency budgets towards establishing study centres in their localities.

“NOUN, as the single open and distance university in the country, provides individuals with the opportunity of studying anywhere and anything,” he stated.

Do you have any NOUN updates, News, or information from your study Centre you would like us to post on this website? Kindly Whatsapp us on 07018870798 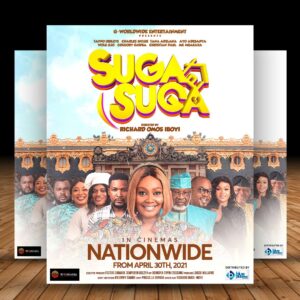