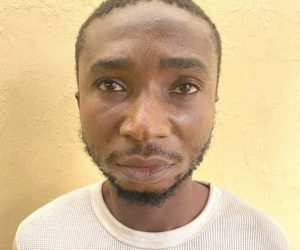 Operatives of the Force Intelligence Response Team, IRT, have unraveled the circumstances surrounding the gruesome murder of a middle-aged man, Francis Atache, whose corpse was found in a bush at Makurdi, Benue State, in August 2020.

Atache, who was a staff of the National Open University of Nigeria, NOUN, in Benue State, was said to have been attacked and robbed by some gunmen on his way back from work while his lifeless body was dumped in a bush.

It was gathered that the police in Benue State was alerted when residents of the area found the decomposing corpse and the police, during its investigations, arrested one Ikon Danasabe, also a staff of the National Open University of Nigeria, NOUN, who was said to have had a feud with the deceased few days before he was killed.

Sources disclosed that Danasabe denied killing Atache at the time he was interrogated by the police and he was subsequently remanded at the Makurdi Correctional Center, on a holding charge, which was obtained from a Magistrate Court.

Vanguard gathered that since Danasabe wasn’t charged for murder and the Makurdi police had no strong evidence linking him to the crime, which may see him being set free by the court, relatives of late Atache then promptly wrote a petition to the Inspector General of Police, Adamu Mohammed, asking him to order an intensive and discreet investigation into the matter.

Operatives of the IRT, headed by Deputy Commissioner of Police, Abba Kyari, were then assigned to commence investigate the matter which saw a team of crack operatives deployed to Makurdi, Benue State who visited the site where the corpse was found as well as the NOUN study centre where Atache and Danasabe worked.

The team then discovered that Danasabe was a member of the dreaded Aye Confraternity and he had a feud with Atache over the sum of N70,000.