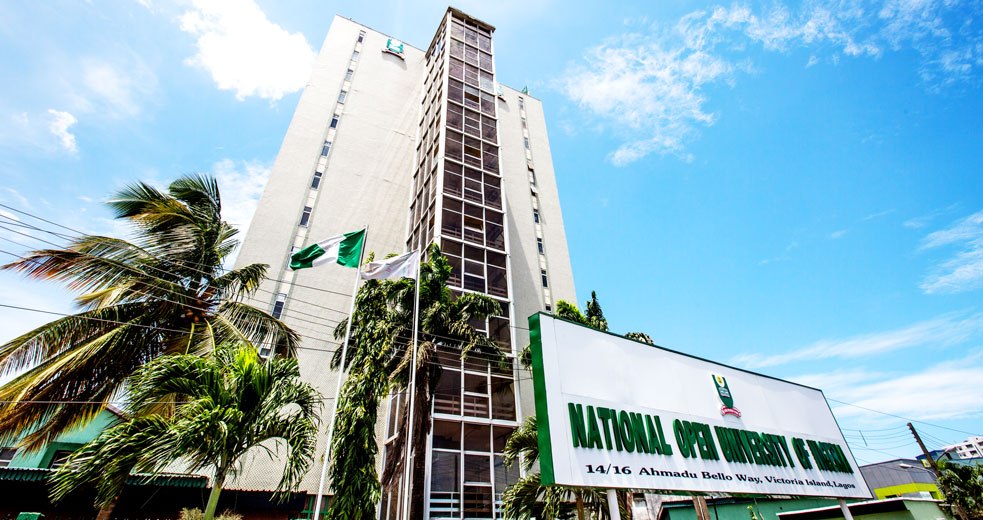 The 19th matriculation ceremony started with opening remarks by the NOUN Media team.

Followed by the recitation of the National anthem and the school anthem. The registrar later welcomed the VC – Prof Abdalla Adamu who declared open the matriculation exercise.

A short video about the school headquarters in Abuja was screened.

The VC later gave his opening remarks. The VC noted that this matriculation will be the very first virtual national matriculation exercise he would be presiding over.

He said before now matriculation is held at various study centres but due to the COVID protocol put in place by the FG things have to change for this year’s matric.

He reiterated the uniqueness of the institution particularly in the areas of distance learning with the use of technology in teaching and virtual learning. He pointed out that the institution has as well over five hundred thousand students making it the largest university not only in Nigeria but in Africa.

The VC stressed that students can learn at their own space and speed due to the nature and flexibility of the school. He enjoined new intakes to make good use of the opportunity to be a student to do well in their studies in other to be a good ambassador of the school in the coming years.

He closed by saying that this will be the last matriculation he will be overseeing as the VC, as he will be retiring in February 2021 as he believed the school calendar will be adjusted due to the covid19 pandemic.

He wished all the new intakes success in their studies. The ceremony ended with the national and school anthems followed by a pictorial video of past matriculation ceremonies.

The matriculation oath form can be downloaded below:

You are to download and print out the matriculation oat form, fill and add to the school file with you.

Do you have any NOUN updates, News, or information from your study Centre you would like us to post on this website? Kindly Whatsapp us on 8131667008

Noun 2020 matriculation ceremony to be conducted on Zoom

Part of your grades/score will now come from...